Who are Ariel & Rochelle?

Ariel was five when he saw his first magic show and from that moment on, he was determined to create magic himself. Going to a magic store was of course impossible in Cuba, so Ariel did his best to invent his own tricks with everyday objects. When he was seven, he discovered a book at the library called “Magia Para Niños” (magic for children) containing techniques for balls, coins and mentalism. Thrilled, Ariel practiced long hours until he became confident with his new skills and started doing magic for friends.

Although the practicalities of life in Cuba took Ariel in such different directions as welding school and mandatory army service, he never lost his love for magic and continued to practice and learn new tricks at every opportunity. At the age of 23, while working as a professional welder in Matanzas, he studied magic directly from a magician for the first time. As always, he put all of his energy into it, and as a result, was able to get a job as an entertainer at a new hotel in Varadero. For Ariel, this was a dream come true. Imagine, entertaining guests during the day with close-up magic and performing stage magic at night. This further fueled his passion and he spent every spare moment at the “Villa Artistica” 15 km away, where many entertainers lived. In particular, there was a magic troupe that made and performed many of the world’s major illusions. Their shows were certainly amazing, but even more incredible was how they put them together. New materials for building props and illusions were either nonexistent or too expensive for these artists, so much of their time was spent searching for discarded things that could be painstakingly transformed into magical objects. As a result, Ariel literally learned the “tricks of the trade” from these skilled and dedicated magicians/craftsmen.

Today, Ariel’s performance is rich with the music, dance and of course magic of Cuba and true to his heritage, he still designs and builds many of his own illusions.

Magic has always been a part of Rochelle’s life. Fascinated since childhood with the possibility of the existence of life elsewhere in the universe; awed by the wonders of nature and human adaptation here on earth while conducting archaeological excavations in the Canadian High Arctic; and humbled by the courageous passings of loved ones, she feels that magic is present everywhere in our daily lives - we just need to open ourselves to it.

Rochelle’s interest in the “art of magic” began with her introduction to an extraordinary Cuban named Ariel. It didn’t take her long to fall in love with both, and soon she was working hard, first to bring Ariel to Canada, and then to put a show together. Although she originally felt more at home working behind the scenes than onstage, Rochelle took on this new challenge with the same enthusiastic energy with which she approaches everything. Why? “Life is full of challenges and in this case, by overcoming personal shyness I was able to become a part of something that makes people happy and witness firsthand the joy in their faces. What greater incentive is there?”  Since then, Rochelle has won a gold medal for “Best Assistant” at the Pacific Coast Association of Magicians, in Monterey, California and is fully involved with every aspect of the show, from brainstorming new illusions and routines, to designing  and creating “quick change” costumes. 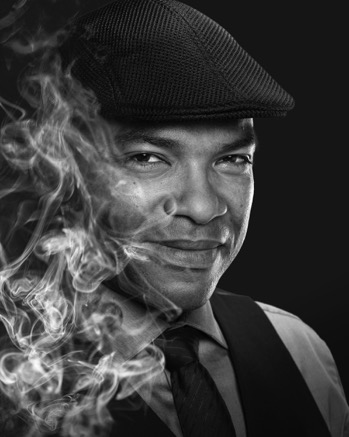